Where Does The Time Go?

Do you ever ask yourself that question? I do, most days, most weeks, most months and then as the year comes to an end. It seems there are never enough hours in the day anymore. At least not for me. My morning starts and before I know it, it’s 1 something! Then it’s 4:30 pm and I’m thinking I will need to start dinner soon.

This week was no different. My partner, David, has begun Radiation Therapy for Basal Cell Carcinoma on his face. The nose to be exact. It’s been a rough road! WEAR SUNSCREEN! And DON’T FORGET YOUR FACE! He’s been an outdoors guy most of his life. He’s been a hiker, runner, boater, and more recently a cyclist. He’s cycled across the U.S. 3 times. Although he was very good at what he did, he was not however very good at wearing sunscreen! He is paying for it now. Unfortunately, you don’t know the damage you have done until much later in life. Being children of the 50’s and teenagers in the 70’s, we often were in search of the perfect tan. Baking yourself in Baby Oil and using suntan oils with an SPF no higher than an 8 (preferably a 4) were the choices we made. It was taboo to use anything higher but then again, I don’t think they made suntan oil or lotion much higher than an 8 back then. Oh! how we were so wrong! Have you ever been to a Dermatologist and noticed that most of the people who are in there are of the senior generation? I did. Then I understood why. Anyway, back to the week…. David has to go 5 days a week for the next 7 weeks. I went with him on Friday to see what actually happens. It is quite a process, but the whole thing lasts about 9 minutes from the time he goes back, they prep him, laser him and he walks out. If you’ve never had, seen or known anyone having radiation, they make a mesh like mask you wear. It keeps your head from moving. Then they plugged his nose, lay this gel like square over the nose, taped it down and he was ready to go. I have nothing but praise and admiration for our medical workers. There is one in particular I admire and am so proud of….my daughter! She is a Respiratory Therapist.

So, this week was medical stuff for David and creative stuff for me. I was asked to create a Box Card for a friend whose family member had just lost a beloved pet dog. This was a first for me! Not making a Box Card but making any kind of card for a pet who passed away. She mentioned the ‘Rainbow Bridge’ but gave me free reign over what I could do. So, my mind started thinking and I came up with a card that I think turned out pretty good. I always try to make it personal and thoughtful. My friend loved it and the recipient did too, and that blesses me. Here is the card.

I’ve still had Halloween on my mind, mainly putting together some treat boxes for my grandchildren who are spread out from the west coast to the east coast. I really enjoy making something for them and surprising them with a treat! I have 3 little boxes I’ve been working on and each will contain a treat for them. With 7 grandchildren and 3 boxes each, that’s a total of 21 treat boxes. Then I have to mail them, so I really need to get them done so they get there in time for Halloween. My Stampin’UP demonstrator friend, Pat, has shared some great ideas with us during our Zoom get togethers and that’s where the idea for these boxes came from. I’ve just put my own spin on them choosing a different color cardstock or image. I don’t have some of the images she has but I do own a Cricut Cutting Machine and found similar images to use. Love my Cricut! I’m also able to create the boxes in Design Space, which is the program Cricut uses, and have my machine cut and score for me. That saves me a lot of time. I save all my projects so I can go back and create more whenever I want to. I have thought about making Treat Boxes available in the Shop, but it is a bit late for Halloween. I may consider doing some for Christmas tho. They make cute Stocking Stuffers.

We had a Zoom last Monday. They are called ‘Monday Funday’ and Pat shows us something new each time. I shared the Christmas one I had made, with the ladies and they wanted to know how to make it. So last Monday we made the Magic Slider Card. Some call it a Waterfall Card. Pat asked me to help by creating the card and directions for cutting. You know, measurements etc. and pieces needed. Then on Monday we had a little fun over Zoom and created a card together. I decided to do a Halloween version this time, using a new stamp set I had just received. It turned out great and I was very pleased with it. It is in the Shop if you want to see it, along with a little video. I always like to show how the ‘interactive cards’ work.

I also worked on some Christmas Cards for the Shop. This week I decided to do a Bundle. I made 6 cards using 3 different colors but similar designs. Simple but elegant. I used some Stampin’UP Designer Series paper, colored cardstock, wavy cutting dies, gold and silver embossing and dimensionals. They will be added to the shop for sale. Here are a few pictures of the set. 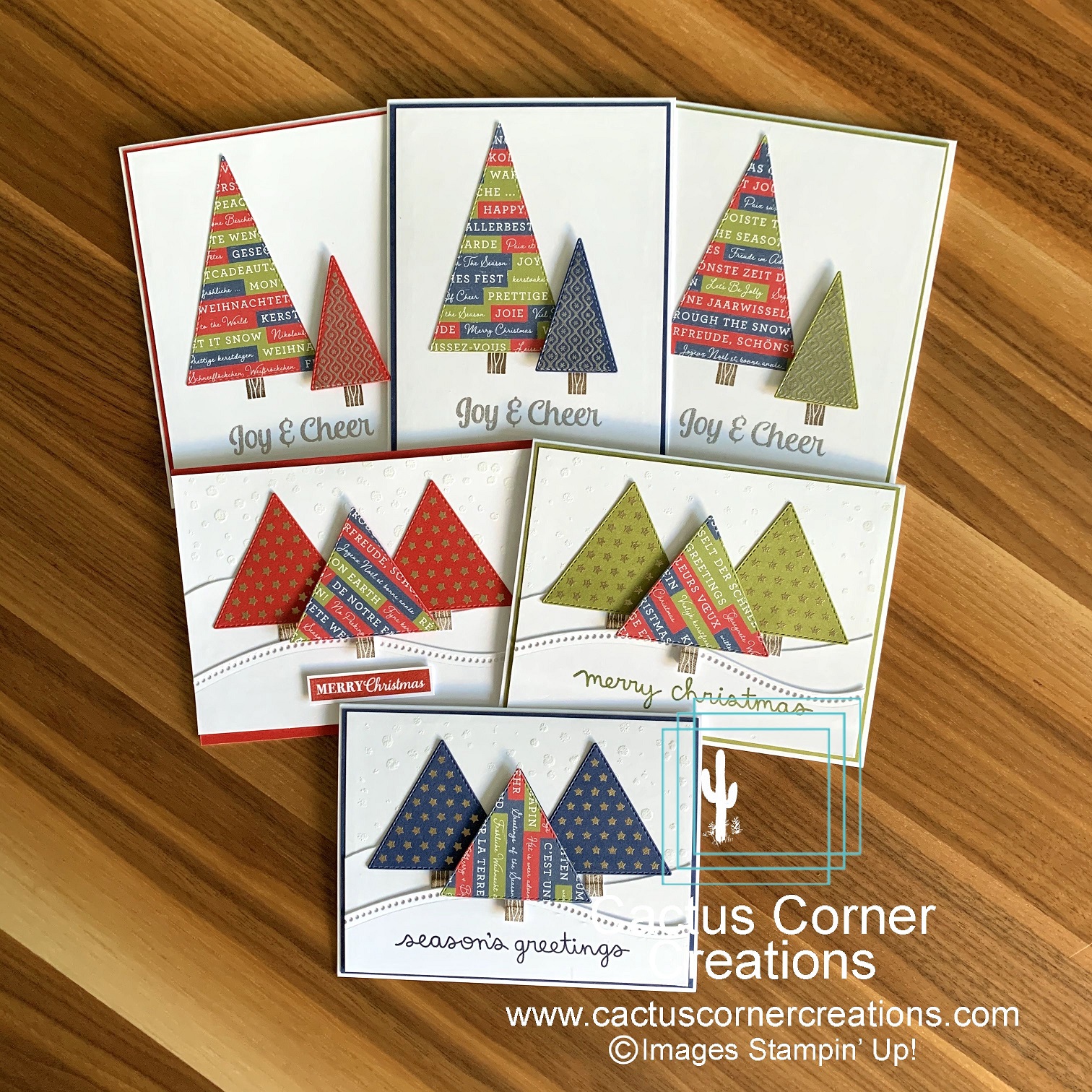 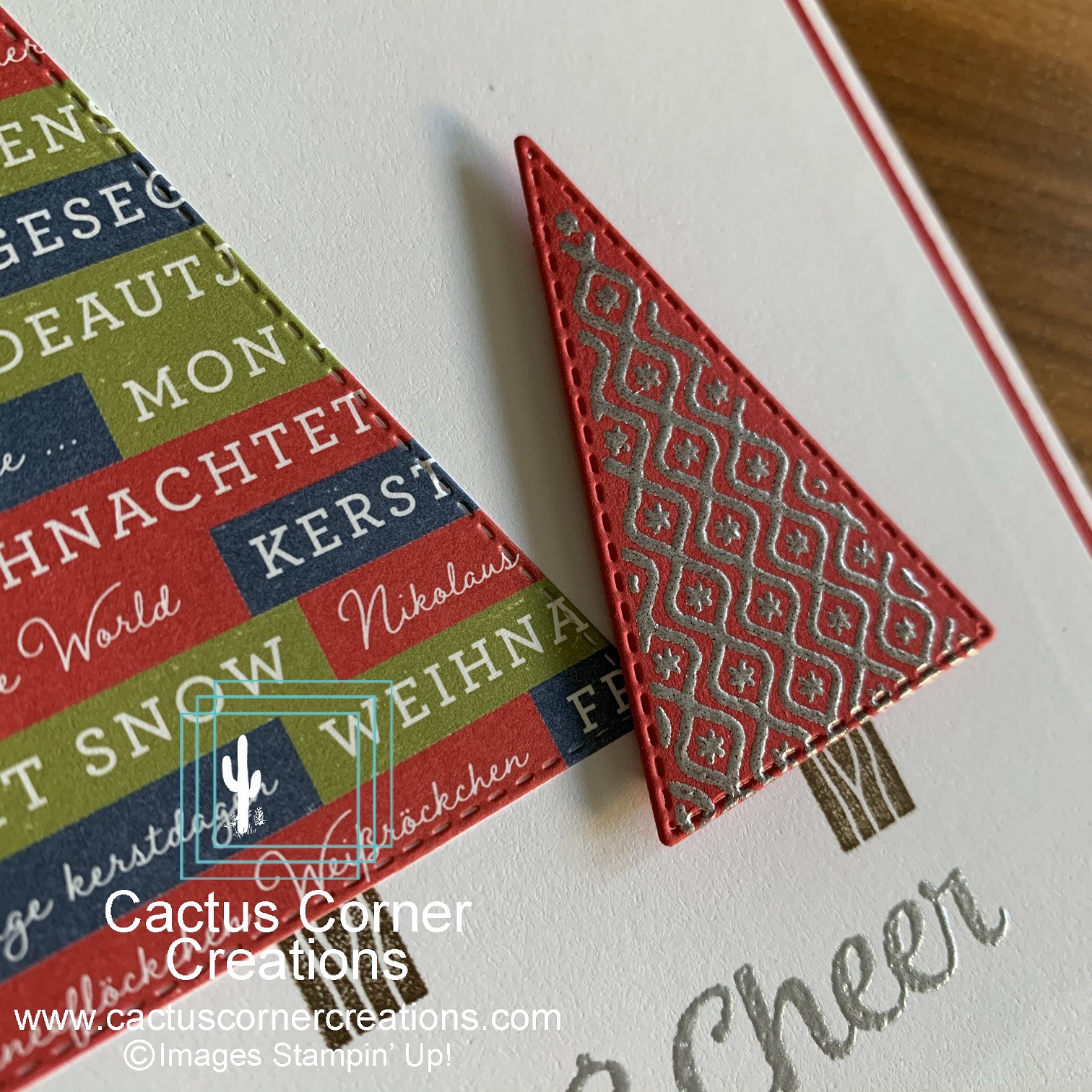 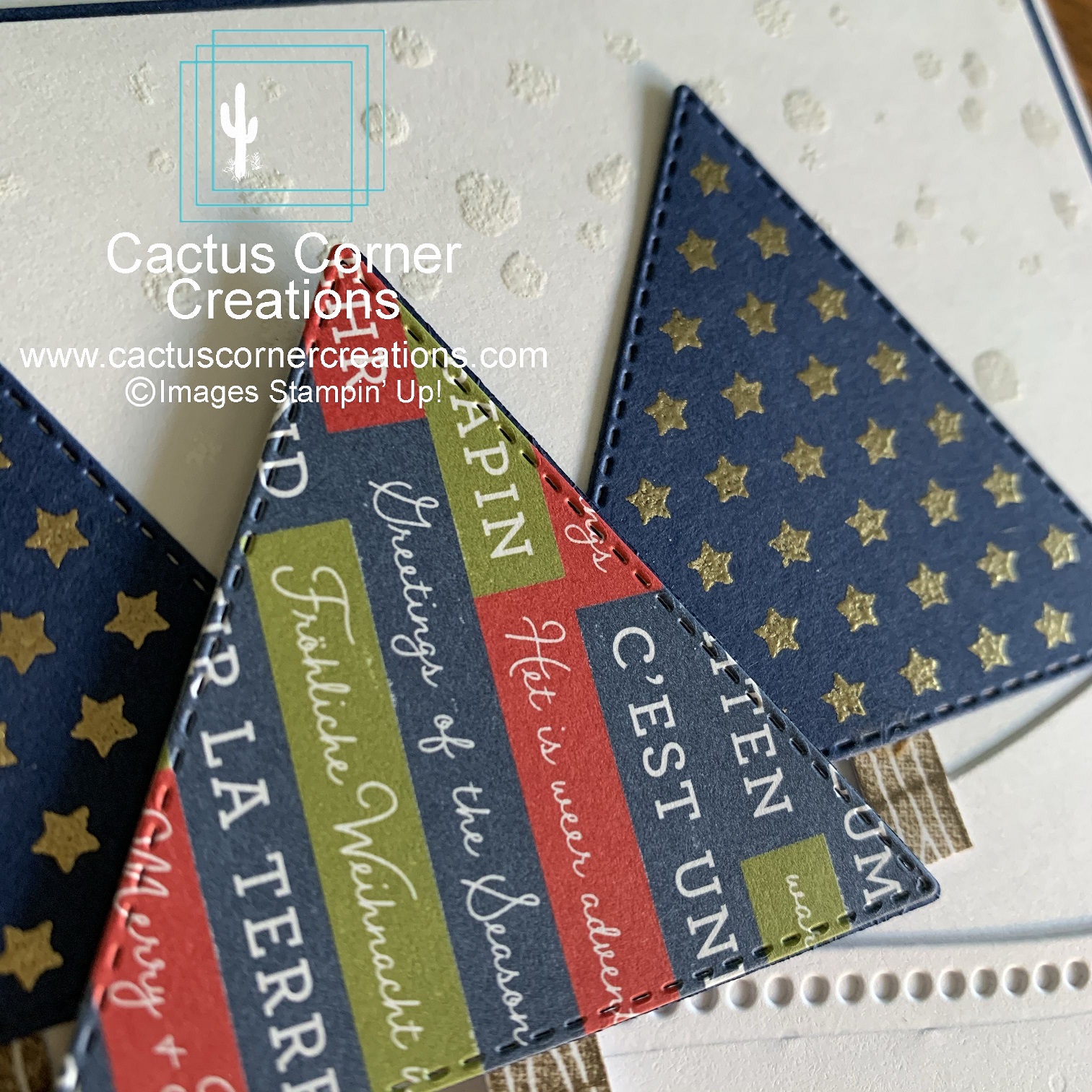 ….and then the week was over! I don’t know about you, but it blew by for me! It was a good week though and I’m always thankful for those. I hope you had a great week too and that the week ahead will be even better.

Thanks for stopping by and allowing me to share with you today. Stay tuned for some new cards in the shop and some great deals ahead!